Prehistoric Planet is a re-version of the BBC's Walking with Dinosaurs and Walking with Beasts series, done by Discovery Channel and NBC for the Discovery Kids network. Though the producers kept nearly all of the original animation, David Bock and Peter Sherman wrote new text for a younger target audience, narrated by Ben Stiller and Christian Slater, and interspersed the scenes with occasional quizzes to act as bumpers around the commercial breaks. New music was incorporated as well. Most marketing and advertising for the series focused on the dinosaur episodes. In addition, the final episode, the Prehistoric Planet Top 10 focused solely on the creatures from Walking With Dinosaurs. Some small content edits were done to allow original programs to fit in the 23 minutes of non-commercial time that a normal half-hour program has on network TV. At present, only Season 1 has been released on home video and DVD.
Released: Oct 05, 2002
Genre:
Cast: Ben Stiller

The Fantastic Voyages of Sinbad the Sailor

The Book of Boba Fett 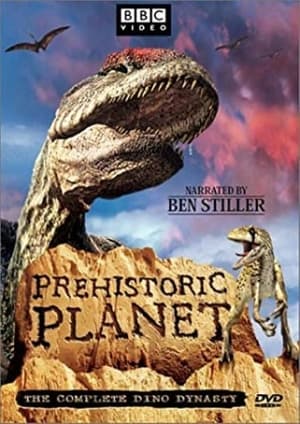